Last week I participated in the DISC ROOM Game Jam initiated by Devolver Digital to promote their latest release DISC ROOM. DISC ROOM is a fast paced bullet hell like where you avoid discs and explore an alien spaceship in the orbit of Jupiter. To get an idea of the game take a look at this developer introduction Video:

My gameplay idea for the jam game, like many other times, is based on and older idea of mine. In 2017 I made a matching/farming game base on the idea of a rotating hex grid. I published a playable prototype on my Itch.io page called Hex Harvest.

I always like the idea of using the „rotate-ability“ of the hex grid but didn’t explore it any further. But for the DISC ROOM jam I whipped out the old prototype and based the gameplay around the same mechanic. This time you guide your character through the rotation mechanic around the grid avoiding discs and collecting orbs. While the game is turn based and all disc movement can be anticipated most of the time, the game still offers a big challenge once a few disc have spawned and the chaos starts.

I made a small jam dev-log on Twitter which you can read here:

The jam was pretty fun and having a good head start on the mechanic itself, gave me a lot of time to polish the game to a level most of my other jam games never achieved. I’m quite happy how the game turned out and I’m looking forward to checking out the other jam games. 💿

You can play HEXDISCS on my Itch.io in the browser. 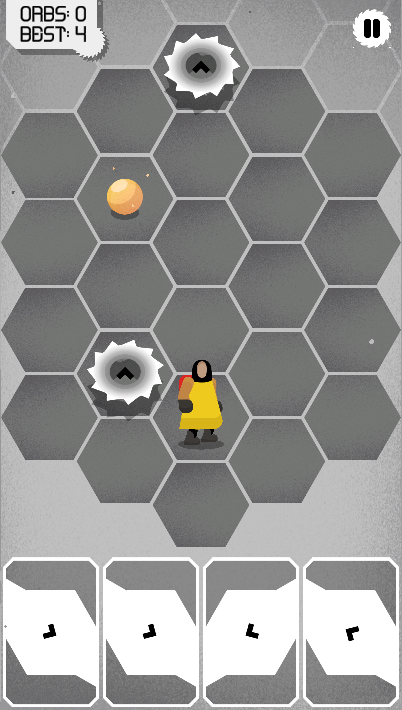